Robert Tsai - CEO and Founder of So Young America Inc. and So Young Life Sciences Corporation 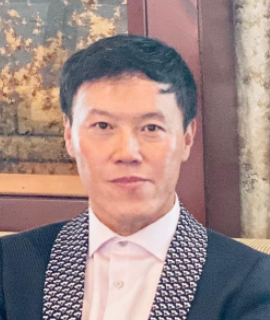 So Young America Inc. flagship health-care products include Bionergy® and Natural Woman®. Bionergy® is a premium health-care dietary supplement made in California (USA) using a proprietary manufacturing process which includes cutting-edge scientific techniques such as Nanotechnology, Supercritical Fluid Extraction, etc. The patented formulation of Bionergy® includes some of the rarest botanical herbs and floral extracts which have tremendous healing properties.

Bionergy® enhances a person’s general health, and the improvement of general health reinstates the cell renewal cycle and the process of DNA repair. The combination of Bionergy®, good nutrition, proper exercise, and harmonious attitude are all critical elements in helping us combat the aging process and to maintain and extend our youth, energy and vitality.

Bionergy® promotes mitochondrial biogenesis and decreases insulin resistance of the body thereby optimizing and regulating the blood glucose levels in the body. Bionergy® optimizes the level of testosterone and progesterone in the body thereby ensuring healthy urine flow and decreased symptoms of enlarged prostate. It reduces free radicals in urine and aids in spermatogenesis by increasing the levels of Follicle Stimulating Hormone (FSH) which in turn controls sperm count, mobility and motility and enhances libido activity.

Bionergy® has all the mandatory clearances from the Department of Health, California and is a unique life-style product which provides unmet medical help (mentally and physically) to its consumers. Bionergy® is only distributed in South-east Asia (China, Singapore, Taiwan, Hong Kong and South Korea) and is a product that is only sold to the urban billionaires in these countries. It is a highly sought-after product in the elite community due to its many purported health benefits.

Since its inception in January 2014 Bionergy® has generated revenues in excess of $50 Million and continues to be So Young America Inc’s most sought after and lucrative product.

Natural Woman® is the second flagship product of So Young America Inc. It is a natural, non-steroidal, non-hormonal phytoestrogen formulation which optimizes hormonal levels in women thereby mitigating the effects of menopause and hormonal imbalances.

Natural Woman® has had unprecedented results in its niche market since its soft launch in August 2017 and has been widely appreciated as a panacea for treating hormonal imbalances and the various symptoms of menopause during its three distinct phases (which include pre-menopause, menopause and post menopause). Apart from these superlative products So Young America Inc. has developed many other unique products including a patented formulation nutraceutical product called In-control®, a dietary supplement that promotes liver health and reduces the negative effects of alcohol consumption.

Mr. Avinash Seth serves as the Chief Scientist and Vice President of Research and Development for So Young America Inc. since June 2016 and So Young Life Sciences Corporation since its inception in September 2017. Mr. Seth also serves as the Chief Compliance Officer of So Young America Inc. and is responsible for ensuring that all the statutory and regulatory requirements of the company are in compliance with FDA cGMP GLP guidelines.

Since joining So Young America Inc and So Young Life Sciences Corporation, he has filed several disruptive utility patents in the Biotechnology and Life Sciences Industry which include varied fields such as Stem Cell Biology and Tissue Engineering (Regenerative Medicine), Cancer Therapeutics, Nutritional Sciences etc.

Mr. Avinash Seth received a Master’s Degree in Applied Biotechnology (with a major in Molecular Biology and Bioinformatics) from the University of California, Los Angeles, and California State Polytechnic University, Pomona, in 2016. He graduated from both the universities with the highest academic grade and received the distinction of Summa Cum Laude. Mr. Avinash Seth received an undergraduate degree in Chemical Engineering and Biotechnology from Manipal University, India. Currently, Mr. Avinash Seth has created over 7 Utility Patents (4 of them have already been published in the US PCT and WIPO databases) for So Young America Inc. and So Young Life Sciences Corporation. 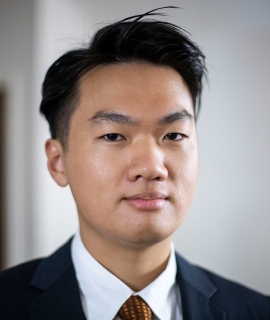 Mr. Lowe attended the University of Southern California to receive a M.S. degree in Global Medicine from the Keck School of Medicine in 2015. He also received a B.S. degree in Human Biology from USC in 2014. 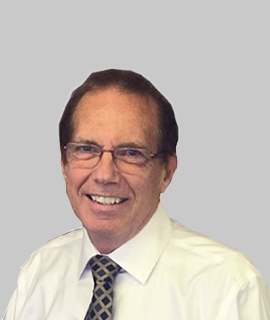 Mr. Robert Fish is the founding partner of Fish IP Law LLP™. Mr. Fish specializes in patenting for a wide array of fields, including medical devices, chemicals and pharmaceuticals, electronics, computer software and business methods as well as mechanical arts. He has successfully litigated cases in state and federal courts throughout the U.S. and abroad.

Mr. Fish also has been retained as U.S. counsel by several foreign law firms. In addition, he has appealed matters before the Board of Patent Appeals and Interferences, the Trademark Trial and Appeal Board and the Federal Circuit. He has acted as both an arbitrator and mediator.

Mr. Fish began his law career at Lyon & Lyon LLP in 1990 and developed his own intellectual property law practice in 1995. In 2001, he moved his practice in-house to a large California firm, eventually leaving in 2007 to establish Fish & Associates--a return to a boutique practice model serving clients of all sizes-– from small investors and start-ups to multi-billion-dollar Fortune 500 companies.

Mr. Fish is the author of Strategic Patenting, White Space Patenting, Green Fields Patenting and Prosecution Magic, comprehensive guides to the complete patent process. He is also author of the Patent Beast™ comic book, and developed Rings of Fire, a patent-themed board game which educates and helps bring humour to the patent process. Mr. Fish is also a Super Lawyer (Super Lawyer is a rating service of outstanding lawyers from more than 70 practice areas who have attained a high degree of peer recognition and professional achievement. This selection process includes independent research, peer nominations and peer evaluations) and regularly contributes to California Business Litigation, a guide published annually by Continuing Education of the Bar (CEB).

Mr. Fish currently oversees more than a thousand active patent matters and numerous trademark matters, including extensive foreign filings. In his entire Intellectual Property career, Mr. Fish has had a successful track record of over 98 percent which span over a period of 30-years and 7,500 patent and other Intellectual Property matters. Mr. Fish also serves as Chief Legal Council and Board Member for So Young America Inc. and So Young Life Sciences Corporation.

Erica Hernandez serves as the Customer Service Manager for So Young Life Sciences Corporation. Erica has been a part of the So Young team since its inception in 2013. She has several years of successful experience in maintaining and growing customer relations. Erica is also in charge of Human Resource Development for So Young Life Sciences Corporation. Erica continues her focus on expanding her skills and being a dedicated team player.